Dear friends!
Today’s guest is a very unique author. Eugene Lukin writes humorous fantasy, which traces its roots to Apuleius’ The Golden Ass and  Jonathan Swift’s Gulliver’s Travels. In Russian literature, this genre was developed by Gogol, Bulgakov, the Strugatski brothers, and others. Contemporary humorous fantasy in Russia, in our opinion, tends to be uninspired, but Lukin’s work is real literature: a unique combination of humor and psychology, irony and satire. It is topical, timely and poignant, and his style is impeccable. He is a real master of short fiction, which is nowadays almost extinct. 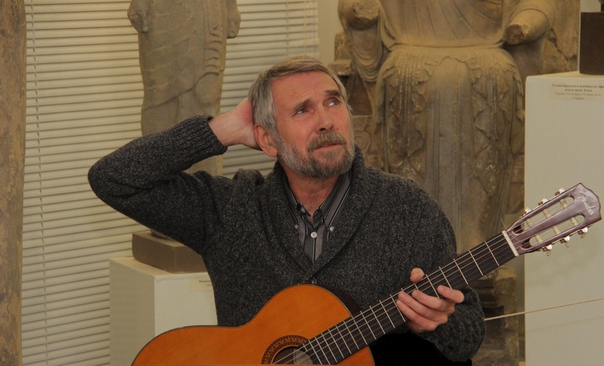 Here is some information about him:
Eugene Yurievich Lukin was born on March 5th of 1950 in Orenburg. He graduated the Volgograd Pedagogical University in 1972, and became a member of the Russian Writer’s Union in 1992. Until 1996, he wrote together with Lubov Lukina. His specialty is poetry and prose, mostly fantasy. He holds countless awards, such as Aelita, The Wanderer, the Bronze Snail, ABS Award and others. In 2015, The European Science Fiction Society (ESFS) gave him the prestigious title of European Grand Master. These days, he lives in Volgograd.

We’ve known him for a long time, and enjoy his prose, poetry, and songs. He is also a talented bard, and is associated with the ginger pirate Barbarossa, the hero of his romantic ballad. As his friends, we can allow ourselves to have this conversation with him the way we did during various cons and festivals: with a glass of cognac in our hands. Plus, the topic of our conversation won’t be fantasy as a whole, but the concept of humor as a phenomenon, if you will, from the point of view of a psychiatrist (keeping in mind Sergey’s first profession).

—  Dear Zhenya! You specialize in humor. Evolutionary psychologists think that humor serves as a sort of peacock’s tail to demonstrated good genes to females. What do you think?

The fact that Kozma Prutkov was not an evolutionary psychologist is evident from this phrase: “Don’t joke with women, these jokes are stupid and vulgar.” Besides, the very idea that a sense of humor is somehow connected to one’s genes seems to me highly doubtful. Who has always been the symbol of laughter? The jester. Jesters in Russia used to be called something like “fools,” and they were usually disabled. Even if somehow the jester was a regular fellow, he had to don a ridiculous outfit, make-up, wig, and so on. A strange way to display dominance.

However, it’s not out of the question that society (secretly afraid of laughter) could in this way be paying back the ones who carry it, though that was also often reflected by the witty jester.

On the other hand, if you don’t have a Lexus, or a company, or a bank account, how do you charm a woman if not with humor?

—  Sigmund Freud once said that wit is an expression of feelings of hostility towards others that cannot be satisfied otherwise. Does this mean that you are a very hostile person?

Who are these “others?” What are we talking about, society or people individually? The thing is that society, which I hate, consists of people, who I love. That’s the paradox. That’s why when somebody starts speaking on behalf of a group, party, or a community, I begin to feel uneasy. How can one fare without a sense of humor? If you take the universe seriously, you’ll strangle yourself.  Nothing but natural selection: galaxies destroy galaxies, people destroy people. In other words, humor is a way of surviving for me. Speaking of Freud, all my life I’ve felt a sort of aversion towards him, until I finally managed to read  some of his work.  It turns out that he’s a born wordsmith and not just obsessed with sex, and the quote you mentioned is appropriate. Though the word “hostility” doesn’t seem right. I am not hostile towards society, it is hostile towards me. As they say in kindergarten, “They started it.” 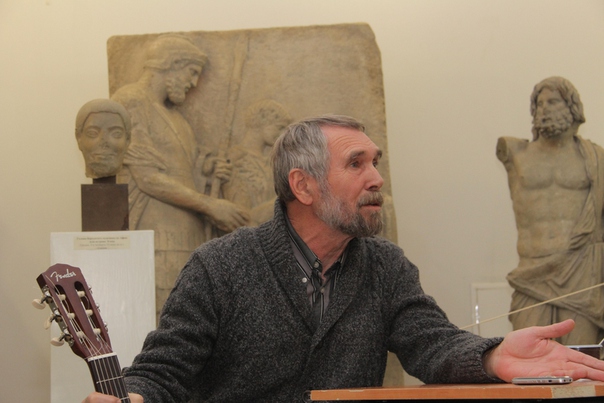 — Freud also said that wit and humor are created when the mind attempts to express something that is suppressed or frowned upon by society. How does that sound to you?

Seems a bit simple to me. It would be far more interesting, in my opinion, if my mind was trying to suppress something that I myself frown upon. For example, here I am, writing a novel, and trying to express my current views. But the novel refuses to let me. The characters rebel, the plot winds in different directions. I begin to fight with the disobedient text, and inevitably I fail. Only a couple of years later do I realize that the novel was right, and I was an idiot.How do you like that: the author is scared by his own story, so much that he only dared to write it out in joke format. That’s Freud’s inner censorship in its purest form.

The question, though, was about outer censorship, that is by society and popular opinion. Society, as we all know, is a huge force, especially when armed with sticks and baseball bats. In these cases it’s better to avoid being serious and tell a joke, that’s what I try to do.

—  Freud defined three types of humor: jokes, comic humor and impressions. What kinds of humor do you define, and which one is closer to you?

Being a humanitarian, I have a hard time counting to three. Dividing things into two feels more natural to me. So, let’s divide into two. We have the regular kind of humor, just for humor’s sake. Just like tickling one’s feet. And then there’s humor that acts as an instrument. It can be used for learning about oneself and the world. I think it even surpasses logic in effectiveness. Sometimes it goes into the absurd, but logic does as well! Achilles hasn’t caught up to that tortoise yet.

I’m a fantasist. As in, a person who constantly questions declared truths. Declared truths as sacred: if your ancestors said that if a bunch of sticks sinks faster than individual sticks, that means that’s the way it is. So, propagating sacred misconceptions should be done with a smile, not with reverence. Take, for example, the wonderful Asimov story where a cryogenic brain was forced to develop a sense of humor simply to keep its sanity.

Speaking of which, the scalpel with which one tries to slash at the surrounding reality dulls with time and frequent use, and then what comes out is not funny at all. That happened with some of my works, so I suppose I’m not a great comedian.

— Speaking of fantasy, I remember you at some occasion saying that “War and Peace” is the most fantastical thing you’ve read. You seemed to be convinced in it. Do you think everything is fantasy? Is anything real in this world?

Fantasy has a direction called cryptohistory. Events in these works, as far as I understand, remain unchanged, but the underlying causes are different. Tolstoy created a wonderful world where the role of personality in history is reduced to zero. Even if the personality happens to be Napoleon. What, then, in his opinion, moves history? Random combinations of infinite and minor human actions. To confirm this, all one has to do is discard everything they were taught in school and read the book anew. You’ll agree that few are up to the task.  A normal reader is contented with peripeteia of the characters, but ignores the author’s thoughts. They’re either too bored to do so, or too afraid.

“Is there anything real in this world?” This happens to be a pretty popular topic nowadays (“you know, it turns out we’re all holograms,” “you know, it turns out we’re all living inside a black hole,” “you know…”) For God’s sake, what does is matter what we consist of and where we live? Even if it’s on the inside of a soap bubble! We live among people and events, we love and suffer. That means that we are real and what surrounds us is real. What we call fantasy is that which we’re not yet used to. With time, though, we’ll get used to them. If we have the time….

—  For us, the peak of humor in recent decades is associated with the Strugatsky brothers, with their fantastic story “Monday begins on Saturday,” as well as the paradoxical short stories by Robert Sheckley. You and I were lucky to know these writers personally. Did they influence you? In general, who do you consider to be your teachers? And who would you single out in modern humorous literature?

I’m thankful to the Strugatsky brothers, to Robert Sheckley,  and to many others who I’ve read and fallen in love with. All of them are in some way my teachers. Concerning modern authors in this genre… Contemporary satirists inspire fear in me more than laughter. So I stick to the classics. Maybe I’m just getting old.

— Dear Zhenya! You’re a very strange humorist – most of the time we see you sad and somewhat pessimistic. It brings to mind Somerset Maugham’s quote “Kindness is humor’s defense mechanism when faced with the tragic meaninglessness of fate.” Indisputably, you are a very kind person. But how do you perceive fate? What do you expect from life and from the future?

Why would an optimist even need humor? Something seems wrong here. If an optimist starts needing humor, it means something has contaminated his mind. Why else would he need this potent medicine against sadness? This quote from the venerable Somerset Maugham, to be honest, surprised me, and in some ways reminded me of my own motto: “Variety is the key to irrigation!”  Something seems off about this phrase. Am I a kind person? In our times, it is hard to really be kind. it is enough to not kill anybody. As for fate, I would gladly accept another fifteen years or so, on the condition that my brain remains intact. Maybe I could even write something.

Dear Zhenya! That you for getting back to us! We’re waiting to hear about your new works and wish you creative successes. We really wish for you to be happy. As Bernard Shaw said, “My jokes consist of me telling people the truth. That is the funniest joke of all.”

We’re looking forward to hearing your truth about us and our world.

based on material from vk/theworldinsideout.

Admin&mod.
View all posts by danavtumane →
This entry was posted in Conversations and tagged conversation, eugene lukin. Bookmark the permalink.